Many people wonder who Georgina Rodriguez is, the supermodel and girlfriend of football star Cristiano Ronaldo, the mother of his daughter Alana Martina dos Santos Aveiro (3), and how she turned from a sales assistant in a store into one of the most famous models.

How to meet Cristiano and Georgina Rodriguez

Before being linked to Georgina Rodriguez, Cristiano was long associated with model Irina Shayk, this relationship helped boost the fame of the Russian model dozens of times, and although this relationship was the longest and most famous in Cristiano's emotional history, it ended due to Irina's disagreement with Cristiano's mother, which led to their separation at the end of 2014.

After Cristiano Ronaldo broke up with Irina Shayk, he accidentally met Georgina Rodriguez at the Gucci store in the Spanish capital Madrid, where she worked as a sales assistant in the store, fell in love with him at first sight, and the beloved duo began dating in June 2016.

"Days later, we met again at an event for another brand, we were able to talk in a relaxed atmosphere, outside the work environment, and it was love at first sight for both of us,"said Georgina Rodriguez. 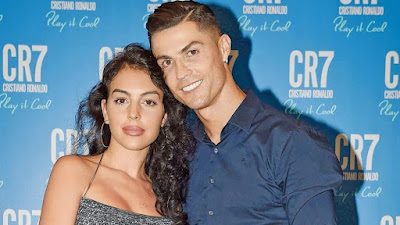 The couple's relationship was spotted by the media when they appeared in November 2016, walking around "Disneyland" in Paris, holding hands.

Despite his disguise, reporters of the Italian magazine "Chi" managed to recognize Ronaldo as he lovingly embraces his new girlfriend Rodriguez.

Georgina's official debut with Cristiano as his official girlfriend was in January 2017, where the duo attended the Ballon d'or award ceremony, which the player won. The couple's relationship has continued So far and yielded a daughter.

When the couple gave birth to their daughter Alana Martina on November 12, 2017, just 5 months after Cristiano had twins from a surrogate mother, Ronaldo posted a photo of the little one on Instagram, writing: "I just gave birth to Alana Martina! She and Georgina are doing well and we are all so happy!".

While there were many rumors about the couple's marriage and separation, which began just two years after Cristiano and Georgina Rodriguez began their relationship, it was only speculation and rumors that the duo denied at a ceremony in Morocco. Georgina says she is proud to be the biggest fan of the world football star and regularly attends all his games to support him. 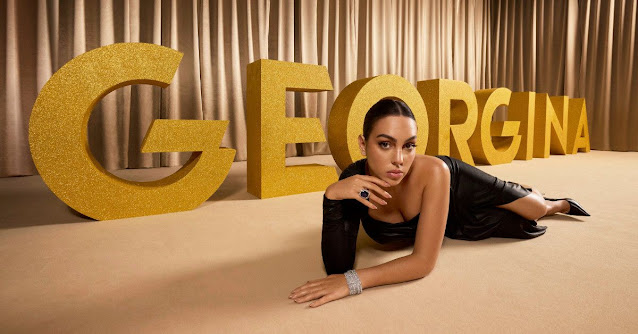 Who is Georgina Rodriguez

Besides being a social media celebrity and a successful model, Georgina Rodriguez is a fitness icon and lover, and many followers consider her an example of fitness and agility.

Georgina Rodriguez was born in Buenos Aires, Argentina on January 27, 1994, to a Spanish mother and an Argentine father named Jorge Rodriguez (71), who was convicted of drug trafficking and spent 10 years in prison.

Georgina Rodriguez grew up in the city of Jaca in northeastern Spain, near the French border, part of the province of Huesca, near the Pyrenees.

Georgina Rodriguez received dance training, while studying English in London before pursuing a modeling career, but she could not reach stardom until she got lucky and met the Portuguese don.

Rodriguez, through her relationship with Cristiano, has gained great fame on social networking sites, and has become one of the most prominent celebrities of social media, where the number of followers reaches 26 million people.

It is said that Ronaldo does not mind achieving fame through her relationship with him, as it supports her success and helps to enhance her fame for years, putting her on the map of the world fashion design role, Ronaldo also made Georgina Rodriguez responsible for raising his four children: "Mateo","Alana","junior" and"Eva", and already has become a publicity front for many companies and brands, and she is a member of a well-known ballet dance team.

Cristiano Ronaldo rewarded Georgina Rodriguez for her loyalty and support by giving her the right to run the hair transplant clinic he had previously opened in Madrid, as well as a line of clothing with her own brand, and Georgina is the only girl in Cristiano's life.