Symptoms of aging and effective tips to fight aging

Symptoms of aging and effective tips to fight aging

Who of us is not afraid of aging, that youth will go and be replaced by gray hair and old age, we all wonder when we will move from the stage of powers to the stage of old age 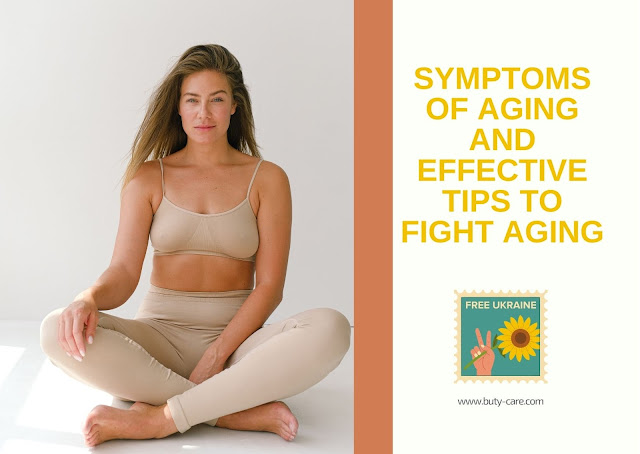 In this article we review in detail the beginning of the aging phase, the changes that occur at this stage and the tips that you should follow at that stage .

When does aging begin

The World Health Organization (WHO) and the United Nations (UN) have explained that the onset of old age begins at the age of 60 ,but this cannot be applied to all individuals.

Aging may begin at some stage of life , but most often begin at the age of Thirty, which is the actual age of its occurrence and not the appearance of symptoms, human muscles begin to weaken and decrease in size by an average of 1% after the age of thirty.

Diseases associated with aging are diseases caused by the complications of aging, and we must distinguish between diseases that accompany aging and aging itself, as we all age humans, animals and all creatures.

There are many factors that lead to diseases associated with aging, including neglect of good nutrition and lack of maintenance of exercise.

Smoking and drinking alcohol, as well as exposure to the scorching sun directly, therefore, a healthy lifestyle prevents entry into the early stage of aging.

Some of the changes that occur to humans when they enter old age :

When a person enters this stage, he is affected by some psychological and biological changes, so he has a deterioration in some mental functions, such as forgetfulness and memory impairment.

He also suffers from dementia, which is divided into Alzheimer's disease and the problem of blotting in the arteries of the head and hallucinations and repeat the conversation several times and forget parents and relatives as less ability to innovate and poor ability to learn .

Sexual dysfunction is one of the changes that affect humans in old age, chronic diseases, retirement, feelings of alienation, fear and loneliness as a result of the loss of a life partner and the preoccupation of children with their lives .

Depression, fear of the future and death, and the elderly are also exposed to physical psychological diseases such as insomnia, which stems from anxiety, so that they can not sleep and wake up early.

Weight loss is also a symptom of Aging, which reflects on the patient's inability to walk and exposure to falls and other complications, urinary incontinence, especially for women, osteoporosis and heart disease.

All previous problems can be avoided and start fighting aging by following the following :

We also mentioned that following a healthy lifestyle prevents the appearance of signs of aging and reduces the accompanying diseases.

Carry out medical tests constantly, including blood tests, measurement of sugar and sodium and periodic detection to check on the functions of the liver and kidneys.

Make sure that there are no heart attacks, make CT scans on the brain, and work on chest X-rays to detect the presence of pneumonia and other diseases and follow a good diet.