This is how Victoria Beckham celebrated the birthday of David Beckham

This is how Victoria Beckham celebrated the birthday of David Beckham 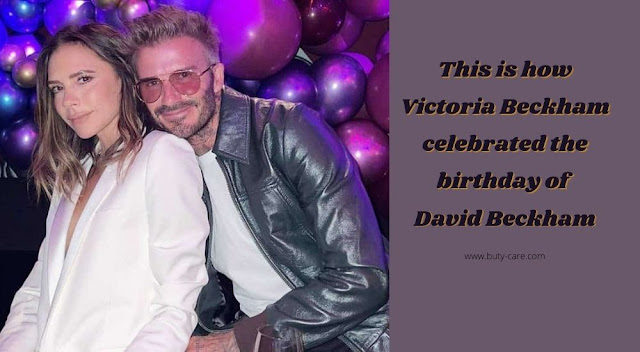 World star and fashion designer Victoria Beckham has posted several photos on her Instagram account of her husband, the famous retired footballer David Beckham, gathering with his family to celebrate his 47th birthday.

Victoria attached the post with a comment in which she wrote: "Happy Birthday David, the best father! Lots of kisses from all of us kisses me!"

She also posted two photos of her with her husband and attached them with a comment in which she expressed her love for him where she wrote:

"I love you so much David, you are the most beautiful husband any woman can ever dream of, and I feel so lucky.

You are everything to me! I love you so much, happy birthday!".

The home of David Beckham and his wife Victoria Beckham was recently burgled, days before their son Brooklyn's wedding, as thieves broke into the bedroom on the top floor of the 40 million pound mansion in Holland Park, west London. And the thief stole many valuable belongings at the place. David, Victoria and her 10-year-old daughter Harper were in the basement when the robbery occurred but did not realize it; their son Cruz discovered it after returning home. Police said the robbery occurred between 8:30 p.m. and 11: 30 p.m., but no arrests were made as the robbers managed to escape and investigations are ongoing.