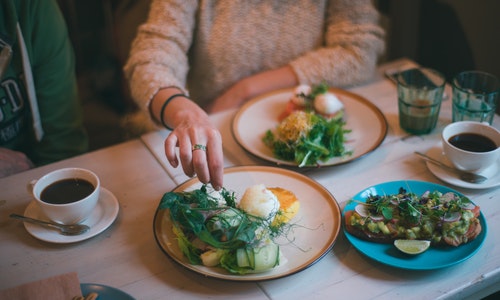 The Japanese diet is based on a few meals and unprocessed seasonal foods that are served in a variety of small dishes, in addition to being rich in nutrients such as protein and fiber, and full of vitamins, it is low in sugar, saturated fat, and free of processed foods, including rice, pasta, fish and seafood, soy products, and seaweed.

A medical report confirmed that the Japanese style of food and the best for health originates in Okinawa, whose population has been proven by research to have a longer and healthier life than those living anywhere else in the world because of the food they eat, noting that the Japanese diet reduces the risk of Alzheimer's.

Brain health expert Professor James Goodwin explains that Okinawans not only live longer but have 75% lower rates of Alzheimer's disease than anywhere else in the world, because their diet is very diverse, rich in plants, low in calories, and contains lots of fruits and vegetables that are high in phytonutrients such as flavonoids.

The best Japanese diet according to a study at Harvard University

A recent study by Harvard University found that those who consumed large amounts of flavonoids had a 20 percent lower risk of cognitive decline, as yellow or orange fruits and vegetables, grapefruit, peppers, and bananas all have the strongest brain protection properties.

Doctors confirm that Japanese food reduces inflammation, because processed foods, ready meals and canned food often cause inflammation, and research conducted at the University of "Ghent" suggests that these types of food are prominent in the Western diet, but they tend to change the bacteria that live in the intestine.

Read more:  Why a vegetarian diet is good for you