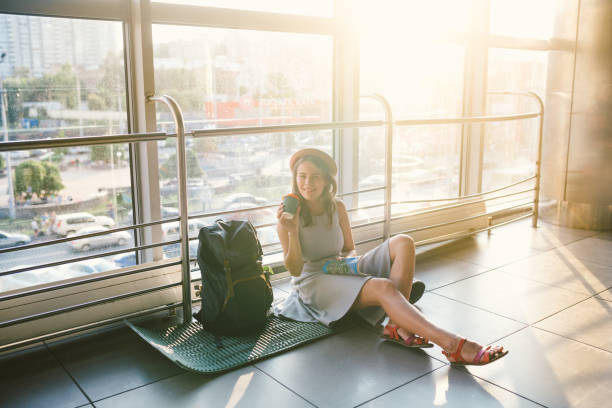 Many people are exposed to the experience of theft while traveling, which is one of the painful experiences that may contribute to spoiling the entire trip, and some tourist seasons are characterized by an increase in cases of theft during travel, such as summer seasons, holidays and Hajj.

Travelers are usually looking for the best ways to avoid theft while traveling, no one wants to be exposed to this problem while enjoying the trip and its tourist atmosphere, especially on holidays.

Today we offer a set of tips that help avoid theft while traveling, as these tips contribute to enhancing your ability to protect your belongings and money and not fall into the trap of theft, which is one of the most important difficulties and pitfalls of travel and tourist trips.

On tourist holidays, it is preferable not to carry all the trip money in the form of coins, as this puts it at risk of being easily stolen, as it can be taken from your bag or by stealing a wallet, so it is better to put part of the budget in a credit card to protect it from easy theft.

You should not put whole eggs in one basket! It is better to put the budget of the trip in several credit cards and distribute these cards in several places so that they are not all in the same wallet, so they are robbed together! One can be put in a bag, another in a wallet, another with a family member, another left in the hotel safe, and so on.

It is preferable to avoid crowded tourist areas to avoid theft while traveling, especially in the famous tourist seasons, where visitors gather in certain areas such as major landmarks and metro stations, which are areas preferred by the thief thanks to the multiplicity of tourists who can be stolen, and if it is not possible to avoid these places, you must follow strict security rules to keep your things.

Use the appropriate bag according to the place to avoid theft while traveling, for example, when riding a busy subway, it is preferable to use a waist bag and avoid a backpack, as the thief usually ignores you and steals the bag from behind you, but when walking on the street, it is preferable to wear a backpack and avoid a shoulder bag, as it is easy to pull and steal from passing robbers or motorcyclists.

Take care of your important items

Enjoying the trip does not mean a lack of focus on protecting your personal belongings all the time, cases of theft occur almost everywhere, for example, in cafes you should not leave your phone on the table, wallet, professional cameras and other valuable items that may be easy to pick up and steal in a moment of inattention.

In many tourist cities, the thief uses suspicious tricks to rob you, for example, you find someone trying to ask you about an area and trying to prolong the conversation with you, or claiming to make a certain offer such as discounted tourist trips, usually this is a trick to occupy your mind and attention while his colleague is stealing.

Stay away from anonymous money changers

Many people are looking for currency exchange at the best price on tourist holidays, but this is unsafe consequences in many destinations where travelers are often exposed to theft of their money or exchange it for fake money, especially when dealing with currency exchange service providers on the street or in anonymous shops in local markets, and the best is to exchange currency at the airport or hotel.

Not spending all the money

It is always preferable not to spend all the trip budget during the holiday, and it is good to keep part of the budget, put it aside and never use it to be used in emergency cases such as being robbed while traveling.

Some travelers are subjected to theft when riding a taxi by the driver presenting the rest of the account with fake money or ignoring the tourist and presenting a currency note of a lower denomination at a glance, and usually the tourist does not discover this trick until after the taxi leaves, so it is preferable to use reliable and official taxi companies and avoid anonymous drivers, and this information can be found out through the internet before reaching your destination.

There is no need to walk in quiet or remote areas, especially during the night, you may be attacked by thieves and steal your things, the same applies to ATMs, where it is preferable to use machines located inside the hotel, supermarket or banks and avoid machines located on quiet streets and empty areas.

A professional traveler usually has alternative plans to avoid theft while traveling, such as carrying a fake wallet with old or Unreal credit cards so that the thief thinks they are real, and there are others who keep their bank numbers in a separate place or leave them at the hotel to cancel the cards if they are stolen.. And all of them are useful tricks that will make you ready in case of theft.

When a bag or wallet is stolen, many people are exposed to the theft of passports, identity cards, etc., so care must be taken to keep paper and electronic copies of the passport and important papers and leave them at the hotel or in multiple suitcases to be used at the time of need.