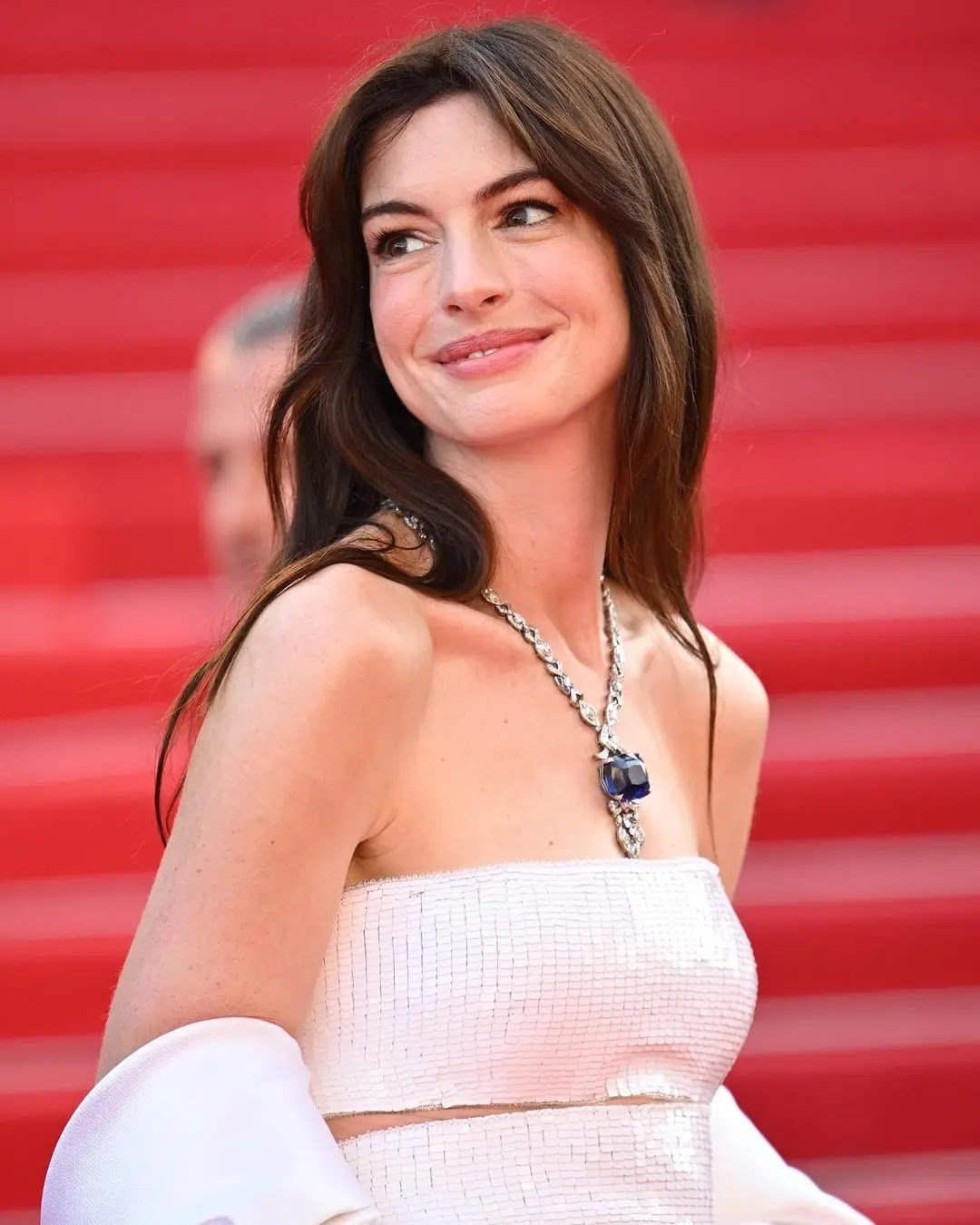 Anne Hathaway the famous American star a large segment of her fans and friends celebrated her 40th birthday, which coincides with the screening of her latest film "Armageddon Time"

In which she collaborated with director James Gray, Anne Hathaway is a star who managed to gain great respect and appreciation among her friends from stars and celebrities around the world،

Not only because of her great artistic success in the field of acting, but also as a result of the prominent social and charitable role she plays, as well as the clear state of friendliness in which she interacts with her friends and is clearly shown through social media.

Anne Hathaway celebrates her 40th birthday today, November 12, and many messages were addressed to her by her wide audience around the world on this occasion،

The famous Italian fashion designer Donatella Versace also congratulated the American star on this occasion, posting a photo of her via her account on "Instagram"

In addition to a video from the movie "The Devil Wears Prada", which was produced in 2006 about the fashion world, co-starring Anne Hathaway and gave a striking performance, the congratulation received a wide reaction from the followers of the Italian designer who congratulated the star Anne Hathaway. 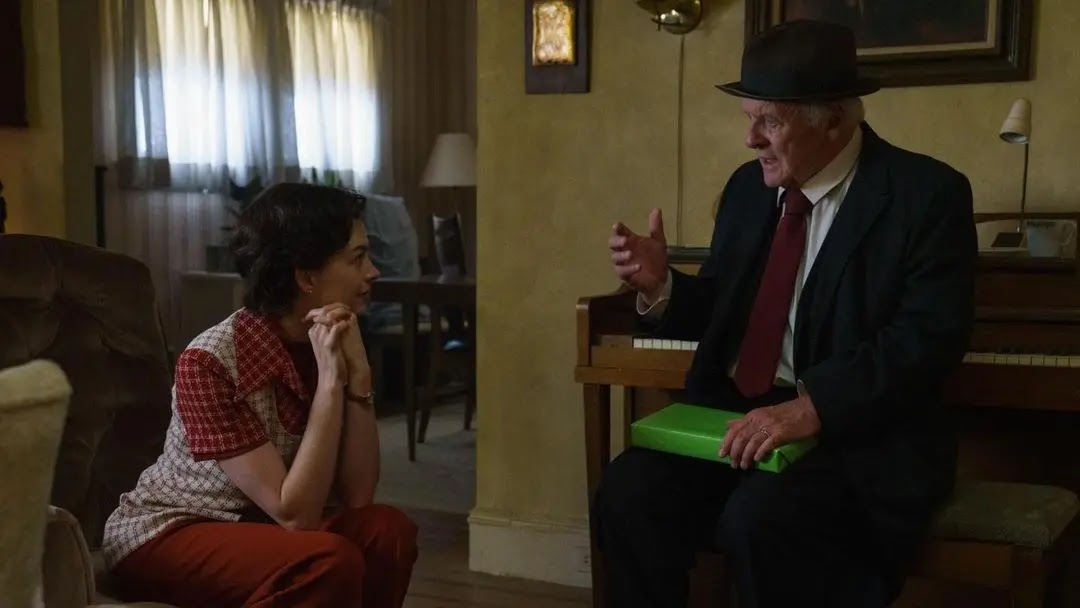 Anne Hathaway's birthday celebration comes a few days after the screening of her latest film "Armageddon Time" in November, a work that did not bring much revenue, while the American star was keen to publish some photos from the scenes and express her great appreciation to the director of the work James Gray, who confirmed that her last film she considers one of the most difficult experiences in her career, she wrote: "Working with James Gray was one of the most difficult, extensive and deeply felt experiences in my career, I still learn a lot from him and consider him a dear friend.".

She also commented on her collaboration with the big star Anthony Hopkins in the film, and how much she appreciates him, writing: "I honestly don't know if the expression of admiration on my face is just Esther's look at her beloved father Aaron, or if I'm just in the presence of Anthony Hopkins in both cases, it's the same expression.

A special friendship brings Anne Hathaway with the stars

Anne Hathaway is one of the stars who prefers to interact extensively with the achievements of her fellow stars in a way that expresses how much she respects them, which is also met with great appreciation for the role of the artist Anne Hathaway in dealing with them in many situations, most notably when last September Amanda Seyfried, the American star, won the first Emmy Award for Best Actress for her role in congratulations on this achievement, which was also met by a reaction from the latter, whom I thanked for this congratulation. 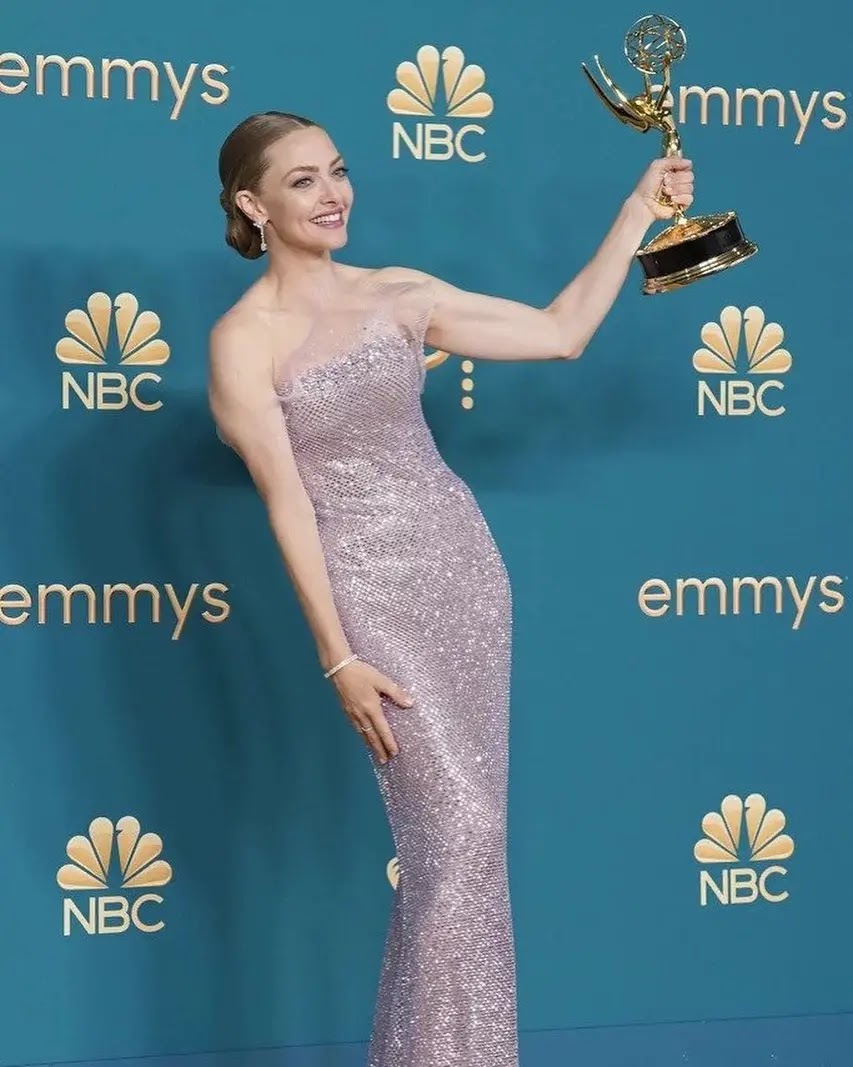 Anne Hathaway is also constantly keen to document her most beautiful moments with stars and celebrities in all the meetings that bring them together, so the American star published many photos that she collects with both Lisa, a member of the Black Pink team, and Priyanka Chopra, and the star Jessica Chastain, who maintains a special friendship with her, where she always publishes a photo of their gathering, the last of which was a festive photo on the occasion of her winning the Oscar as Best Actress for her role in the movie "The Eyes of Tammy Faye", as well as special meetings with many stars and celebrities, which maintain special relationships with them, including the star Penelope Cruz.

The star Jared Leto, with whom Anne Hathaway co-starred in the limited series "WeCrashed", had an important presence through her accounts on social media, where she published many photos that bring them together and expressed her pleasure in collaborating with him, so she wrote a comment on their photo together in which she said: "very grateful to be on the team (wecrashed) this was a big task during the corona epidemic, thanks to everyone I collaborated with in this work, and to my special, fun and inspiring partner Jared Leto. 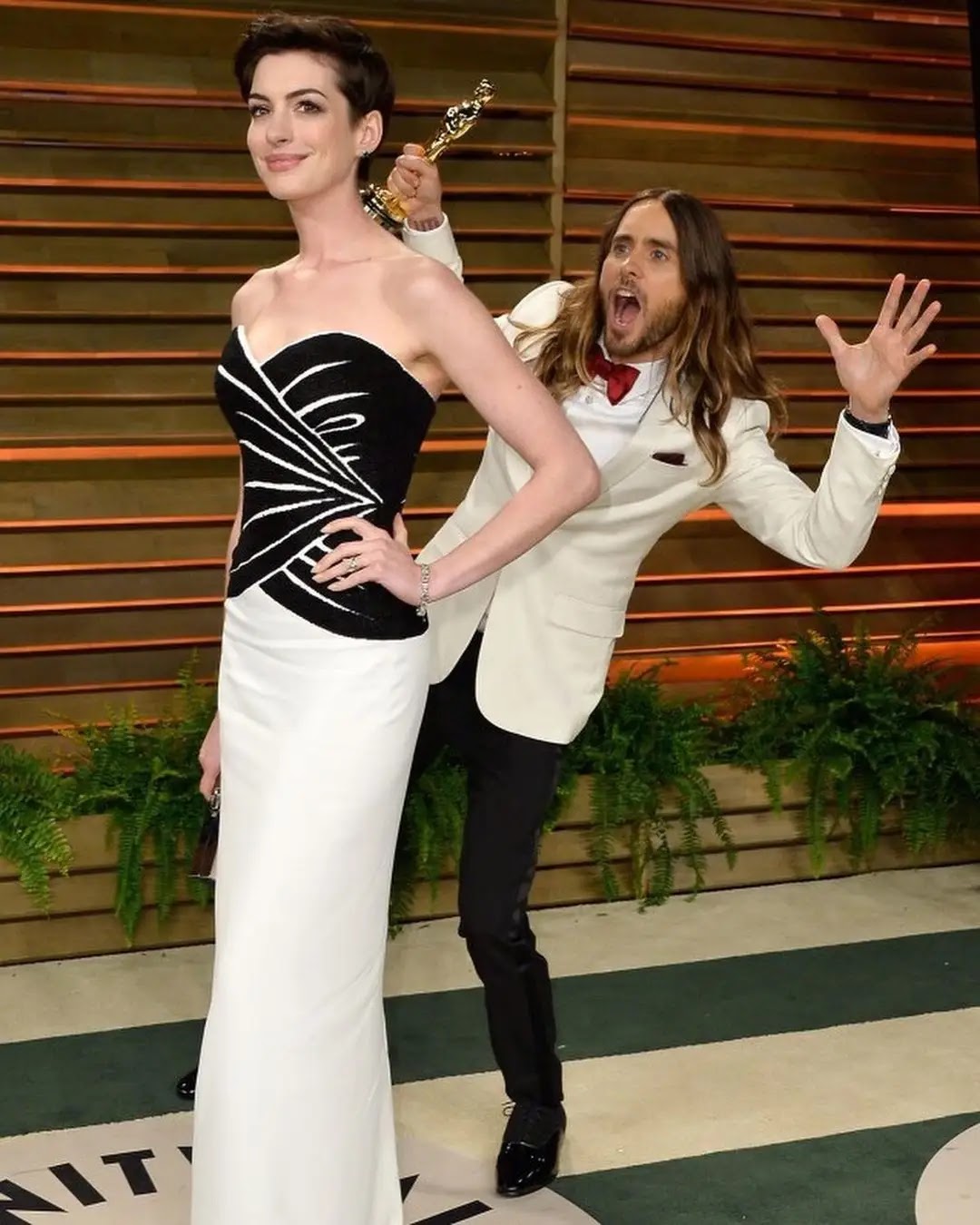 An important social role for the star Anne Hathaway

Anne Hathaway is considered one of the most prominent stars who contribute to charity and humanitarian work in the past years, as she has become a goodwill ambassador at the United Nations since 2016, and the famous American star has provided many important roles to support equality issues, child care, and the importance of supporting female education in projects she has collaborated with many institutions, as she is passionate about participating in charitable works and causes that concern a large sector of people.