movie "Enola Holmes 2" modest drama about a girl confused between detective mysteries and the feminism of the Victorian era!

movie "Enola Holmes 2".. A modest drama about a girl confused between detective mysteries and the feminism of the Victorian era!

movie "Enola Holmes 2".. A modest drama about a girl confused between detective mysteries and the feminism of the Victorian era!

If the writer "Arthur Conan Doyle", the creator of the character "Sherlock Holmes" was alive, and watched the movie "Enola Holmes 2" , he might have thought that Netflix is mocking his distinctive style of solving complex crime mysteries by logic and systematic mental reasoning, and he might see that the famous platform underestimates the spirit of his serious detective tales, and offers a parallel comic work, littered with light jokes, a joking atmosphere prevails, and relies on action in pursuit of excitement, at the expense of quiet detective, deducing facts and analyzing them brilliantly, intelligently and without fuss and successive trifles.

The film "Enola Holmes 2" is the second part of a series of films based on a series of novels by the contemporary writer "Nancy Springer", and directed by "Harry Bradbeer", who directed a number of successful series, and also directed the film "Enola Holmes", and in the second film of the adventures of "Enola" Harry Bradbeer emphasizes many of the glimpses of his artistic style; there are common features between the character of the and her talk to the camera in the comedy series "Fleabag" "Fleabag", and the wildness of "Jodie Comer" in the crime series "Killing Eve" "Killing Eve", both directed by him.

The young actress "Millie Bobby Brown" embodies the character of "Enola", Sherlock Holmes's teenage sister, a girl characterized by intelligence and passion for solving puzzles, and follows in the footsteps of her older brother" Sherlock", played by actor" Henry Cavill", but she moves away from him in pursuit of independence, and unlike the first film, we see" Enola " in the second part more dependent on her brother and mother to get out of the predicaments she is exposed to, which contradicts the drawing of her very independent character in the previous film and novels. 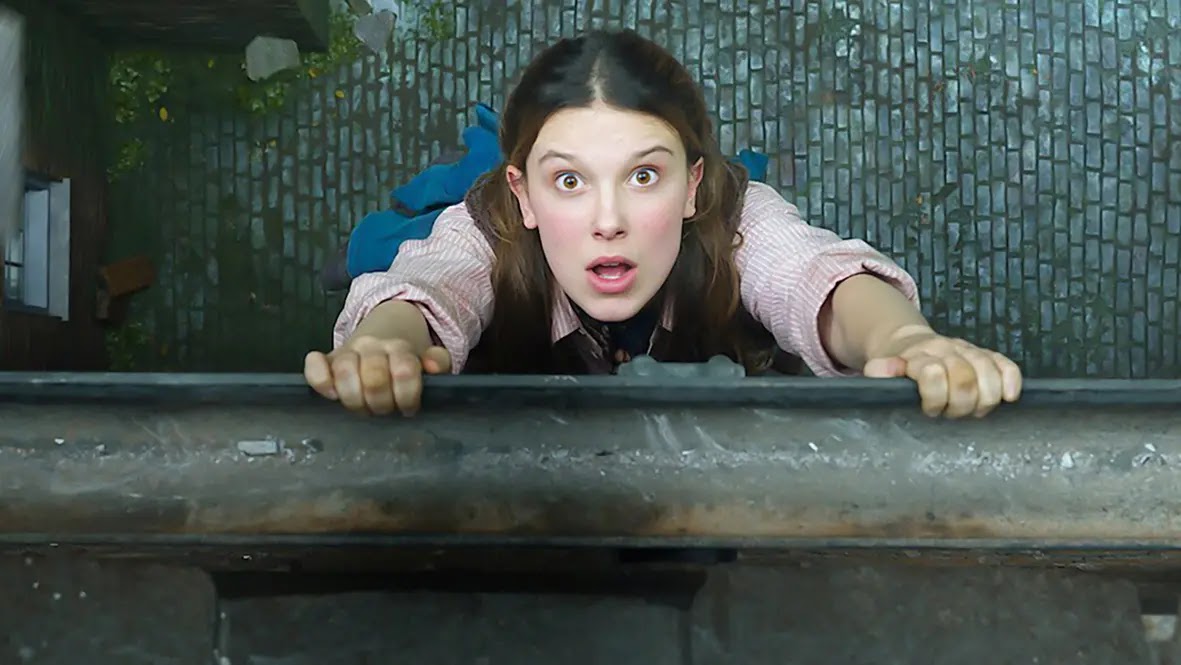 The Adventures of" Enola " deviate a little from the world of detective mysteries to feminist details related to women's abilities and rights, and there are historical deviations depicting some characters of the British elite class of blacks, which is something that flirts with the agenda of feminism and global political correctness, and follows the Hollywood agenda during recent years, and moves away from the historical facts known about that historical era.

The most exaggerated thing concerns the abilities of "Enola Holmes" that go beyond mental intelligence and running gracefully; the film includes many scenes of chases, climbing walls, and quarrels between a teenage girl and men who surpass her in size, physical abilities and fighting skills, and she sometimes wins using her intelligence, but at other times she is almost a Supergirl whose fighting moves rival those of Jackie Chan and John Wick, and wins with jiu-jitsu movements over a squad of trained English policemen.

Of course, there are references in the flash scenes depicting the training of "odoria" for her daughter "Enola" on jiu-jitsu martial sports, embodying the role of the mother "Helen Bonham Carter", and the film portrays her as a lively but extreme and eccentric character, a member of a secret feminist organization defending women's rights, and a large part of the previous film "Enola Holmes" was filming the journey of "Enola" to search for her mother who suddenly disappeared, but the new film matches, and the factory owners justify the deaths due to the spread of typhoid disease, and this prompts a working girl named "Sarah Chapman" to uncover the truth and defend the recklessness of life Working women. 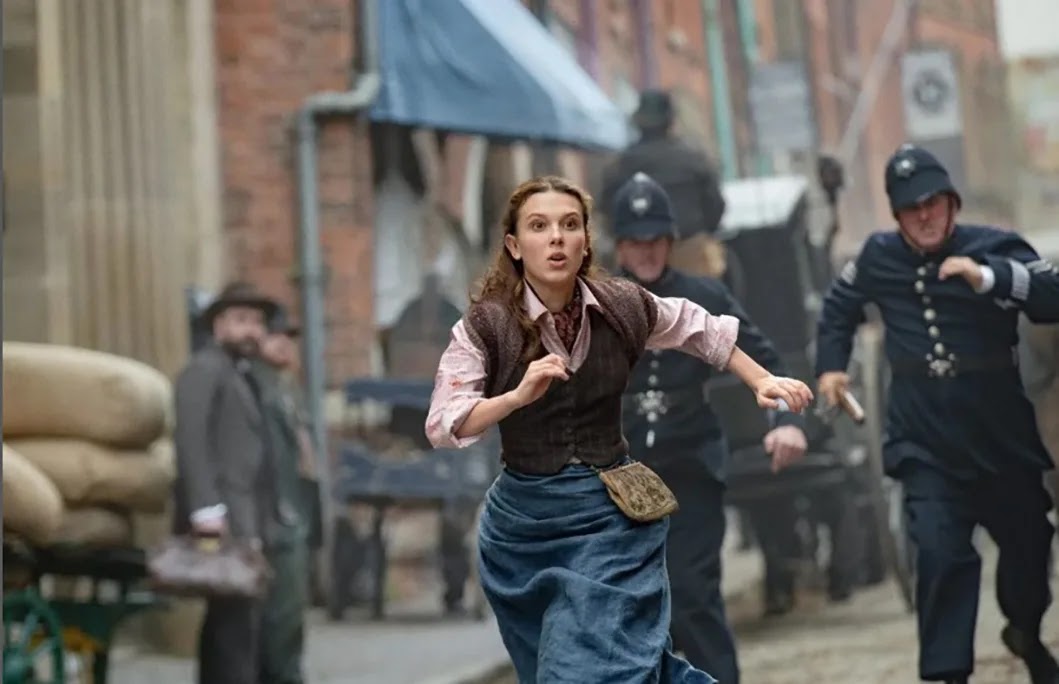 The story is good, but far from the content of the novels "Nancy Springer" and the character of "Enola" the little detective, and Jack Thorne and Harry Bradbeer, the screenwriters of the film, were inspired by the tale of the labor activist "Sarah Chapman" as the basis of the story, and Sarah was a real character who advocated equality between men and women, and led a famous strike of the girls of a match factory at the end of the eighteenth century.

Does this mean that the film fell into the trap of caressing the taste of the social media generation and political correctness groups and distorted the world of "Arthur Conan Doyle?"

The truth is a complex and complex answer; the character of "Enola", Sherlock Holmes ' sister, is hardly derived from Doyle's world, and she is an ambitious teenager who seeks to be a brilliant and famous private investigator like her brother, but "Enola" in the film looks like a contemporary girl who traveled to Victorian times, and she does not seem homogeneous with the details of the era in which events take place, even the love story between her and a young MP is superficial and featureless. 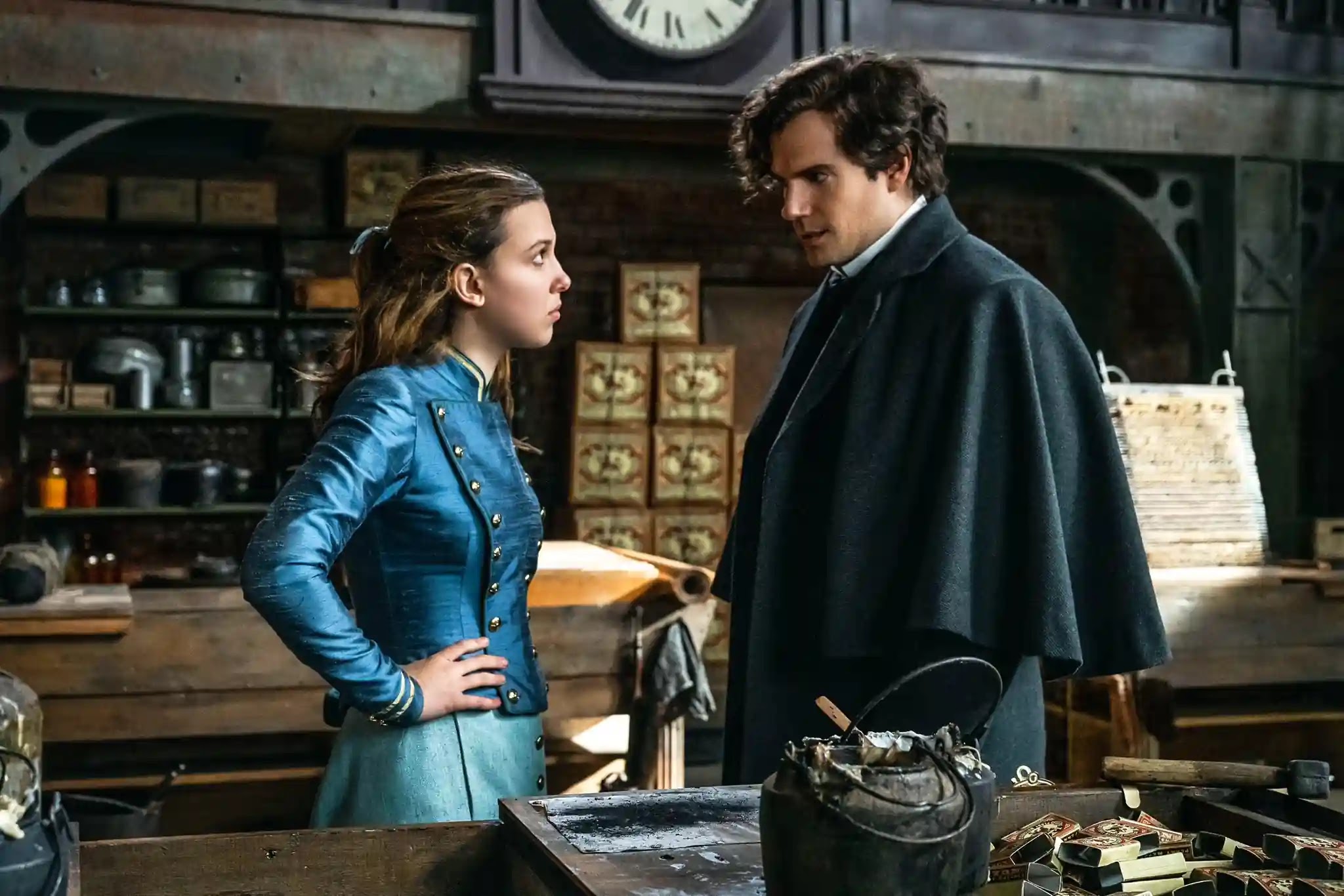 "Millie Bobby Brown" breaks the fourth wall, faces the camera and speaks to the audience, in order to comment on the events and some details, which are often sarcastic comments, and at other times it is an alternative to the narrator's voice, which explains some events and facts and tries to link them, and excessive was not successful and the film lost the sense of comedy in many scenes, especially the chase scenes that seemed unnecessarily comic.

Much of the explanation and analysis of the evidence is presented on the screen by animation techniques and animated illustrations that are closest to scientific documentary works, a pleasant visual synonym that softens the tension of the lengthy monologues that spin in the mind of "Enola" and"Sherlock" to solve riddles.

The character of "Sherlock Holmes " performed by" Henry Cavill "is cute and overly modest, devoid of eccentricity and wildness, which is the characteristic that distinguished the character of Sherlock in all the works quoted from Doyle's novels, and in this film he participates relatively heavily in the film and in solving a big mystery that shares its details with the case on which his sister is working, and justice required that the title of the film be"Enola and Sherlock".